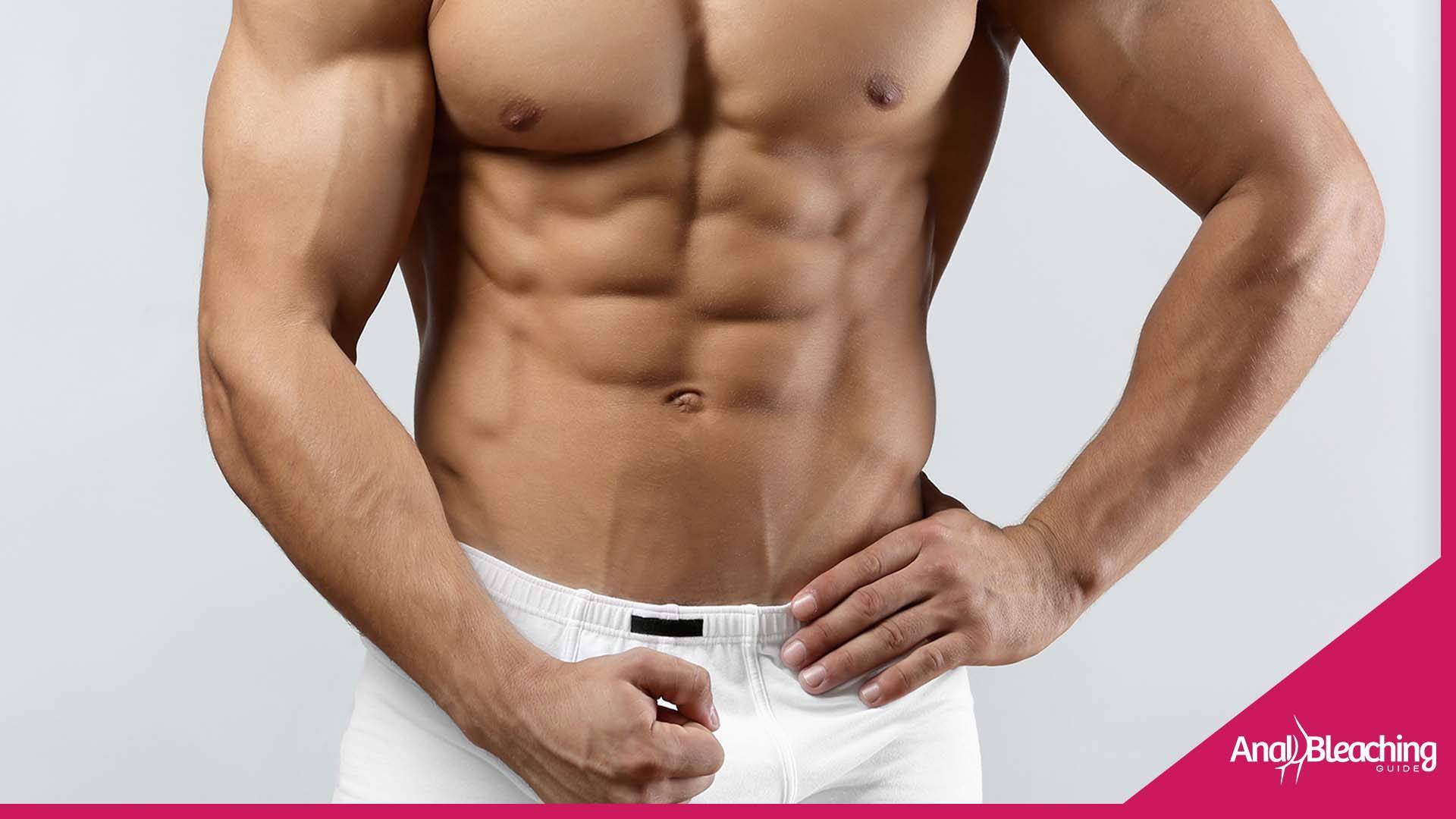 Thailand is probably the country where the most number of men are keen to work out how to lighten the skin color on their penis. There is a large and growing industry in creams and gels on the market now that offer a low-cost DIY penis lightening solution, to in-hospital laser treatments that take 5 or 6 sessions to complete.  These medically supervised treatments can cost over $1,000 to have done. This is a considerable sum for many men in most Asian countries.

So why all of a sudden is there this growing desire to reduce the darker shade of the skin of a man’s penis gaining so much interest and attention? Social sharing on many sites like Youtube and Pinterest are playing a role. In reality though, it seems more people around the world, and now more than ever in Asian countries, are watching porn movies and are seeing the male actors with a whiter, lighter colored penis. Ironically, many western men and women want to tan and darken their skin, while over in Asian, South America, Africa, etc they are wanting to do the opposite and lighten their skin and in particular their more private areas.

Why do men want their Penis Lightened?

While penis lightening is raising plenty of eyebrows, particularly from the more conservative elements in our societies, it seems to be more than just a passing fad or a somewhat out there and self-determined markings like tattoos and skin coloring. In fact, the number of men having their penis, dick, cock or however they choose to describe it, bleached and whitened has grown steadily over the past few years. Thailand capital has quite a few of the bigger plastic surgery hospitals offering procedures. So why, what is the main demographics that this trend represents?

Although quite a few of the men in search of penis whitening treatments are members of the gay community, the overall demographic is quite broad-based and encompasses both gay and straight men of all nationalities between the ages of 22 and 60. It seems that the idea of a whiter, lighter penis is a lot do with the individual’s perception of how their penis will appeal to a sexual partner and a lot to do with their sense of self-worth and confidence where the circumstance arises. There’s no doubt that what started out as a trickle of seemingly unusual requests a couple of years ago has turned into a large cosmetic product and procedure industry.

Whitening your Penis at home is a common option

Some of the reasons men give for undergoing penis whitening runs the full range from as silly as a bet to suffering the embarrassment of a nasty comment from their latest partner. For lots of reasons, cost being one of them, mostly they want to do this in the privacy of their own home. This has lead to the development and marketing of a range of creams and gels designed for the DIY home application where the man can test the product and see what effect it has.  Many of the products involve a bleaching process and require multiple applications over quite a few weeks to actually see any meaningful results in a whiter, lighter colored penis. Home applied creams allow for privacy and save a lot on medical costs.

While it is hard to reconcile the notion that a pale complexion is some sort of indicator of social status is not a new one. This is particularly so in many Asian countries. Wearing hats, long sleeves and carrying umbrellas is a given in many Asian countries to reduce the effects of the sun on the color of their skin, it does make sense I guess, that by extension that would also apply to their desire to have whiten their penis. The hub of this new trend and there are few places on the globe today where skin whitening is more popular than in Asian. A quick drive through downtown Bangkok provides ample proof of this fact as anyone paying attention is bombarded with ads for every conceivable type of skin whitener at every turn. Some will say it’s all a harmless pursuit, like teeth whitening, but now it is extending itself to their genitals it comes with more risk.

It is surprising in this day and age how many societies in different countries still have some sort of class and cast structure. It is a long and complex discussion as to why these divides are still so prevalent. In many Asian societies, the whiter and lighter your skin is the higher your social standing is. Well, the perception anyway. For many, this apparently has some history rooted in the Chinese influences over the centuries.

That this idea of some sort of skin color superiority has worked its way into the perception among some men that a whiter penis, cock, dick, shaft or whatever they choose to call their genitals also reinforces the stereotype of a higher class individual is surprising. As mostly their private parts are covered up it seems a little nonsensical. Having said that, the media in Asia hammers home the notion of light-skinned people being better looking and more desirable. Many from the working class and the agricultural communities in Asia, India, and Arabia are subjecting themselves to all manner of cosmetic alterations (including skin whitening) in a desperate attempt to make the leap from social lowers to social insiders. So the notion that penis whitening is all just a bit of harmless fun seems to have more to it.

What does it cost to get lighter and whiter genitals today?

If you can afford to have a medically administered penis lightening or whitening procedure done in a cosmetic surgery or an inpatient procedure in a hospital, the five or six  laser penis whitening treatments will typically cost between $650 and $1800 USD. It will also take up 5 to 6 hours of your time as well. This of course depends where in the world you are and where you have the procedure done. The price difference between America and SE Asia is huge. When you consider for example the average Thai office worker makes less than $1,000 a month you can see that this represents a significant investment for them. Thailand is, however, one of the cheaper places to have laser treatment done at around $750 on average.

The other option and the most widely chosen is to use a Penis lightening cream or gel in the privacy of your own home.  The DIY kits range in price from $45.00 to $87.00 USD depending upon which brand you use. For this review, we tested the Amaira natural skin lightening cream and it was $59.00. It seemed to have the best science behind it and the company called it a serum. Have a look here at the information regarding the Amaira natural lightening serum. The home applied DIY option will represent the majority of men wanting a whiter penis just based on affordability. It also means they can do this after hours where they do not have to give up 6 hours out of their work schedule to go to a cosmetic surgery clinic.

Well, this is the big question, isn’t it. You have to consider that the genitals are a very sensitive area, where skin sensitivity is so closely related to our sexual functioning and particularly for men, often the start of the process for a hard erection. This does not seem to be stopping or slowing the trend for the desire for a whiter penis.
As much as can be determined by the clinically sourced data, the number of bad or seriously negative experiences is surprisingly low. That said, there is plenty of warnings from various medical websites concerned about the safety and say you should proceed with caution: https://www.top-health-today.com/beauty-and-skincare/should-men-bleach-their-penis/ .

Like most things in life, when people really want to try something and make a change, they will. Purely from a cost and risk perspective, the self-applied, at home DIY product like the Amaira natural serum seems to best the best way to at least trial the safety of the product you are using. It means that after a few applications you can just stop using it if you get a reaction of feel that it is not getting the desired results. When it comes to deciding whether or not lightening or whitening your penis is safe, consider the risks and the rewards and take your time testing the best products.

All the evidence suggests penis lightening is a phenomenon with real legs and not just a short-lived fad. Is it more desirable than a darker colored dick? Well, that is completely subjective and very much a part of the individual’s social mores and expectations. Marking and coloring our bodies, and now our genitalia to satisfy our own and our partner’s expectations is very much the current reality.  For many men, they believe just as much that a whiter penis will have the same impact or level of desire from prospective partners as many black men think about their bigger penis.

Recently a user of the Amaira lightening serum posted a review stating: ” when weighing up the pros and cons of applying a gel to get a whiter cock, I asked my girlfriend if she thought it would make a difference. When she said I think it would make your dick more attractive, I was sold and went ahead and bought it.  I guess that sums up the case.