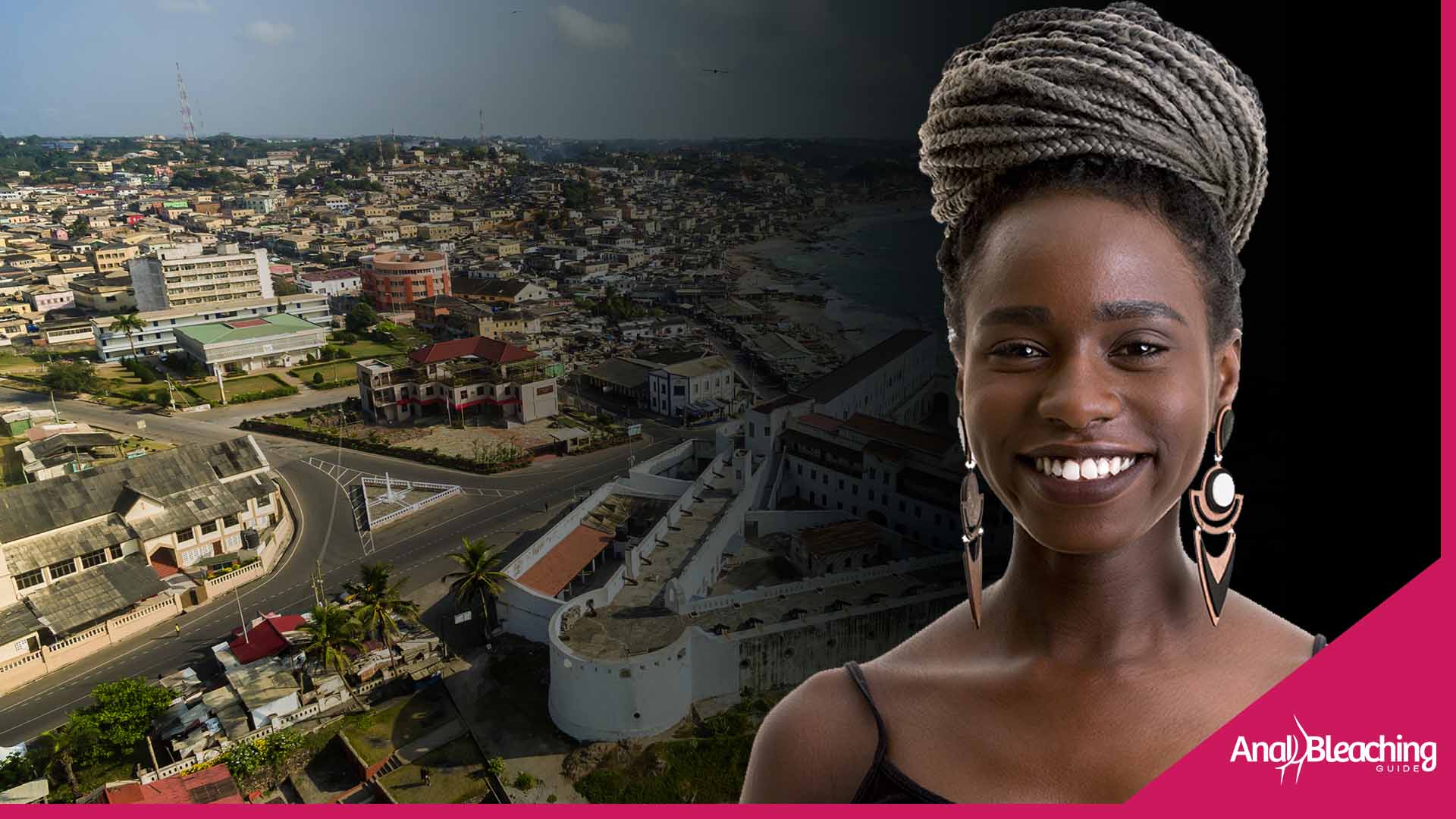 News Flash: Women in Ghana are Taking Bleaching Pills to Have Whiter Babies

The dangerous and racially charged practice of skin whitening has reached perhaps its most outrageous plateau with recent news out of Ghana that pregnant women there are taking skin lightening pills in the hopes it will result if babies with lighter complexions. The Food and Drug Administration (FDA) of this West African nation has issued official warnings to pregnant women that continuing the practice of taking these pills could lead to birth defects as well as damage to internal organs and limbs. Still, Ghanaian women seem unfazed by the warnings and the practice continues to gain traction.

The skin bleaching pill Glutathione is the one most cited by public health officials as being inexorably linked to this disturbing trend with the FDA stating that the pills are illegal and that they are known to have adverse side effects. And yet in spite of repeated warnings, there seems to be no stopping women from engaging in this unfortunate and dangerous practice. FDA has gone so far as to state publicly that “no product has been approved by the FDA in the form of a tablet to lighten the skin of the unborn child.” Yet the warnings are apparently falling on deaf ears. Why is that?

While skin whitening has fallen into disrepute among the majority of African Americans, it is still wildly popular in places like Asia and Africa where the myth/cultural perception persists that “light makes right.” Even in highly developed, seemingly sophisticated cities of Asia one is constantly bombarded by billboards and videos extolling the virtues of this skin lightener or that. In Africa, media saturation is not (yet) so pervasive but the perception is almost tangible that the lighter your complexion, the better your chances are of succeeding in life.

More Than a Simple Trend

While the phenomenon of skin bleaching in Africa is often characterized as a “trend” many health professionals take issue with that and claim a more accurate portrayal would be “a way of life.” Indeed in a 2016 story, the New York Times reported that nearly 70 percent of West African women admitted to using lightening creams at one point or another. A separate report from about the same time discovered that 3/4 of Nigerian women admitted to using whiteners and that some 2/3 of the women in Senegal did the same. Similarly, startling figures were to be found throughout sub-Saharan Africa, all the way to South Africa where 35% of women said they used products to lighten the color of their skin. Source

The Source of the Problem

The notion that “light is right” dates back to colonial times and long ago discredited notions of white superiority. Yet it remains one of the colonial era’s most stubborn myths and is at the heart of the current epidemic of skin bleaching. Part of the reason this particularly odious myth refuses to die can be traced to the hegemony of Western culture. All one has to do is take a look at the offerings at the local multiplex in any West African city to find the playbill dominated by Hollywood productions starring young, incredibly rich white talent. This kind of cultural indoctrination and, let’s call it what it is, cultural brainwashing can’t help but make an impression on locals who may be struggling to carve out a place for themselves in the world. The fact is young, impressionable Africans might have a better sense of their own self-worth were the local cinema to offer a lineup of films more representative of the experience of Ghanaian women. But perhaps any movement to reclaim the value of color needs to begin at a more practical level.

Besides issuing alerts about the dangers of pregnant women ingesting skin lightening pills the government of Ghana has taken other steps to try and take the legs out from under the whitening phenomenon. In August of 2017 they banned lightening products that contain hydroquinone, which works by disrupting the production of melanin. The ban had a practical justification as well as a cultural one since the sun in this part of the world is particularly intense and melanin is the skin’s natural defense against the intense UV onslaught. If everyone were using products that suppressed melanin production, it’s likely the number of skin cancer cases would skyrocket.

But whether the ban on hydroquinone is the spearhead of a larger movement toward ridding the Ghanaian market of these products or not remains to be seen. Some are skeptical because the companies that import skin whitening products are typically controlled by some of the country’s most powerful people who would be loath to give up the huge profits they make from this thriving business. They may tolerate the banning of hydroquinone in order to provide the appearance of action and responsibility, but things are not likely to go much further.

Others are not willing to concede that all that can be done has been done. Delese Mimi Darko, the Head of the Safety Monitoring & Clinical Trials Department at the Food and Drugs Board in Ghana has urged the government to be more assertive in their campaign against harmful whitening products. In a recent article in the Ghana Herald she called for the government to reassess its priorities: “Instead of… engaging the nation in an unnecessary debate about what time alcoholic beverages should be advertised, the FDA, should use that time and resources to educate the public on the effects and dangers of bleaching.”

At this point it’s unclear whether her call for a greater focus on the scourge of skin bleaching will prompt further action by the government. And, for the moment anyway, efforts to get Ghanaian women to stop taking illegal skin lightening pills to try and have whiter babies seem to have had little effect. It is possible, however, that outcry in other countries over these recent stories may prompt further action from the Ghanaian authorities, if only to save a bit of face.