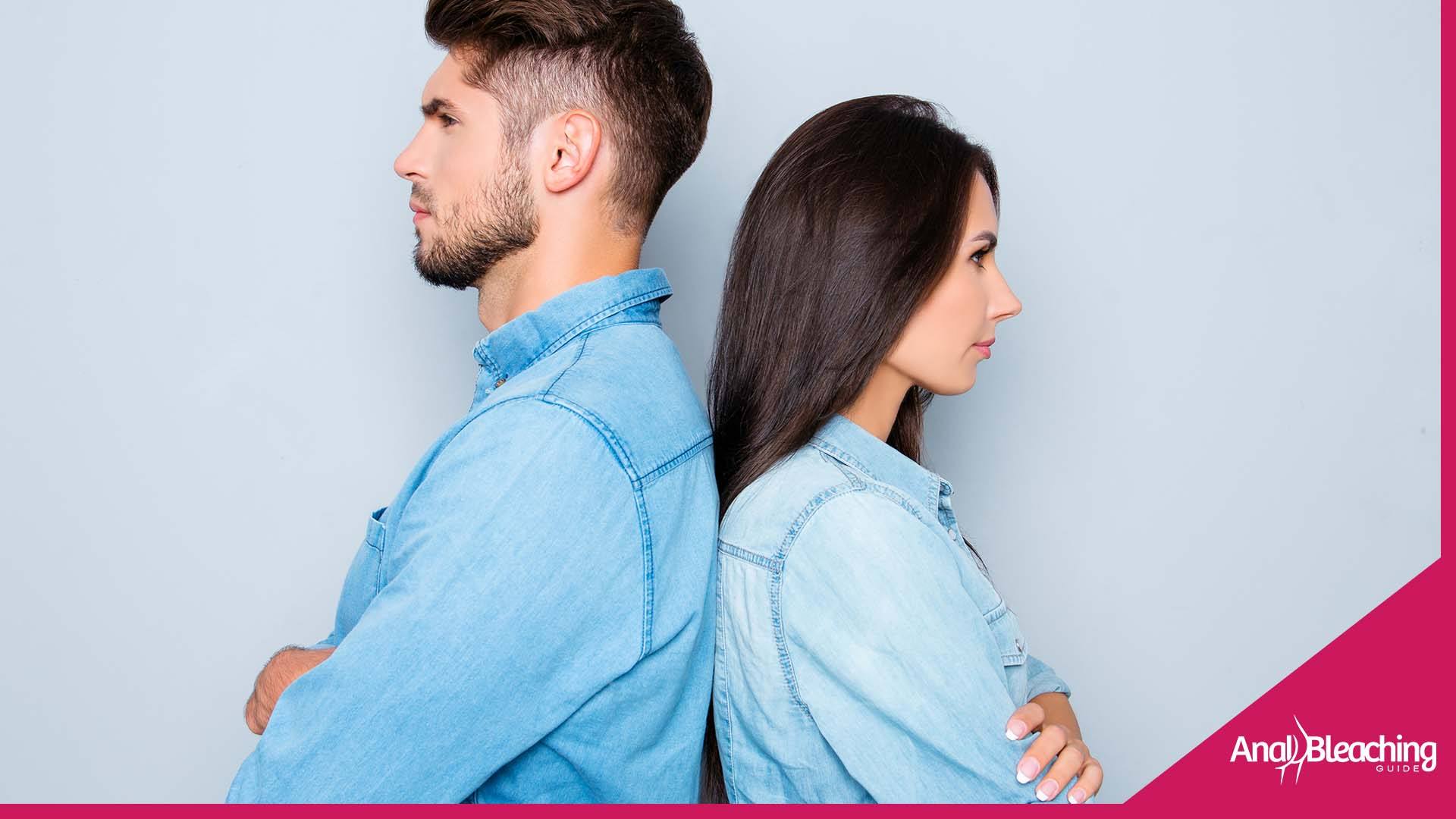 Who Bleaches More, Men or Women?

Posted on February 4, 2017 by Teresa Starnes 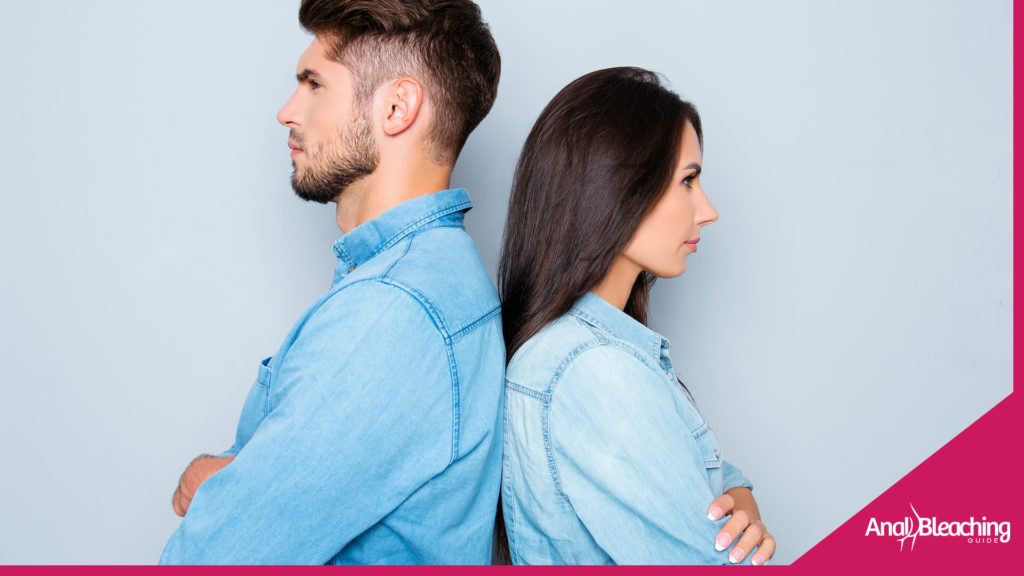 Bleaching skin is the process of lightening skin through the use of different creams, lasers, or peels. It can be done for a variety of reasons, all of them cosmetic, and the outcome typically has to do with improving your appearance and increasing confidence.

From armpits to dark spots to hair, people have been choosing to lighten parts of their bodies for decades. But the growing bleaching industry especially has a lot of taboo surrounding it, and subsequently a lot of myths and mystery to uncover.

One of those myths revolve around the question, “who bleaches more, men or women?” With pop culture obsessed with women’s beauty, the myth is that women bleach far more than men.

This seemingly clear-cut answer isn’t always right, but more on this later. First, let’s dive into more about skin bleaching and why it is a hot topic in society today.

How Does Skin Bleaching Work?

Well, the obvious answer is that skin lightening products work by lightening the skin tone in a certain area with a bleaching agent. The more technical answer involves melanin and certain processes in the body. Melanin is what darkens skin to protect from sunlight. The more melanin you have, the darker the skin tone. Melanin can also be concentrated in moles, freckles, and dark spots.

Skin whitening products reduce that melanin. Thanks to the bleaching agent in whitening products, as the body makes new skin cells, those new cells have less melanin and therefore result in lighter skin. Most products are safe, as long as you do your homework and know what you are putting on your body. Low-quality products may have harsh chemicals that can have adverse side effects, so adequate research prior to use is absolutely essential.

Discontinued use of bleaching products can sometimes lead to the skin darkening again over time. Some people have been avid bleachers and then stop the process for a time and revert to their natural or original color.

How Did Skin Bleaching Become So Popular?

On top of being firmly cemented in pop culture and endorsed by the media, the notion of light skin as equivalent to beauty is encouraged and backed by practices in the cosmetic industry. This industry markets and advertises products promising lighter skin. Consumers buy into it and annually, the industry earns over $3 billion and is growing for the foreseeable future.

Magazines and other media outlets perpetuate these images when they take images of popular people of color and alter their images to appear lighter, striving to imply light skin equals beauty. Classic examples of those subject to photo editing, despite the women never using skin lightening products, include Beyoncé and Lupita Nyongo.

However, bleaching skin of any kind is actually a worldwide phenomenon. The World Health Organization (WHO) reports bleaching is widely prevalent in Africa and considered quite normal. In fact, some statistics report high percentages of women bleaching skin in Africa, including:

The WHO also reports a rising percentage of men bleaching skin in these countries. In some places, that number reaches almost 10% of the male population. For now, it looks like those numbers will continue to grow.

Media pressure, societal standards, and cultural practices aren’t the only reasons people choose to bleach though. There are many reasons, from personal to professional. Some of those reasons include:

So, Who Bleaches More?

The answer currently is women, but that might change in the near future.

Bleaching for men is on the rise, it is just not as widely recognized or discussed. Michael Jackson, recognizable not only for iconic music and fashion but also for his skin color changing over time, never claimed to use skin whitening products though was accused of doing so. Such reactions serve as an indicator of why men might not be as forthcoming about bleaching skin or other lightening practices.

However, the discussion around bleaching is slowly changing for men. Famous retired American baseball player, Sammy Sosa and Vybz Kartel, a Jamaican legend, are both known and open about their practice of bleaching their skin. African men, specifically men from the Congo region, are leading the charge in their home country around ending ridicule and intimidation around men bleaching their skin. In Congo, it is not uncommon to see men go to the store and openly purchase these products for personal use.

Just like the reasons listed earlier, men choose to bleach their skin for similar reasons as the rest of the population, including:

Bleaching for men is more common in the film, modeling, and entertainment industries. These places prize physical appearance and place a lot of pressure on how one presents themselves, on screen and off.

No. Historically, hierarchies of power structure created the idea that light skin equals beauty. These days, we know anyone and everyone is beautiful, regardless of their skin tone.

However, some people find an increase in confidence or self-perception of attractiveness after lightening parts of their body to even out their skin tone. Famous people like Michael Jackson and Nicki Minaj are well known for both their confidence and use of skin bleaching products. Neither one was any less talented or phenomenal prior to or after skin bleaching. It really is a matter of personal preference.

No matter if men or women bleach more, the ultimate question revolves around the safety of the practice. Bleaching is safe if the right products and practices are being followed. The wrong product can lead to some unhealthy side effects, resulting in pain not worth the outcome.

On top of safe products, the right steps need to be followed. Using the product more often or for a longer period of time doesn’t give faster results. Instead, bleaching of any kind is a more gradual process requiring patience and due diligence.

Follow the right steps as well – such as shaving the intended area to allow for easy skin penetration. No two products are created equal, and the wrong one can give poor or even disastrous results. Instead, do the research and find the best product for the greatest results.

What is Next for Skin Bleaching?

The future of bleaching is uncertain, as poor-quality products have given the industry a bad name.

In the U.S., Europe, Asia, and some parts of Africa, products containing mercury and hydroquinone have been outright banned. Recently, bans in Ghana and the Ivory Coast have been created in response to fighting against the spread of illegal skin bleaching products.

As discussed previously, the correct usage of the right product is essential when bleaching skin, especially sensitive areas like the anus.

Based on changes in cultural trends and acceptance, it is safe to say there may be a meteoric rise in the number of men who bleach their skin. This community is currently growing but still quiet about the practice.

As the stigma around skin bleaching, and specifically bleaching for men, dies down, more men will become comfortable with the practice. This is already evident by the growing number of men openly bleaching their skin in certain African countries, like Congo.

America and other countries are following those examples as the myths around skin bleaching unravel.